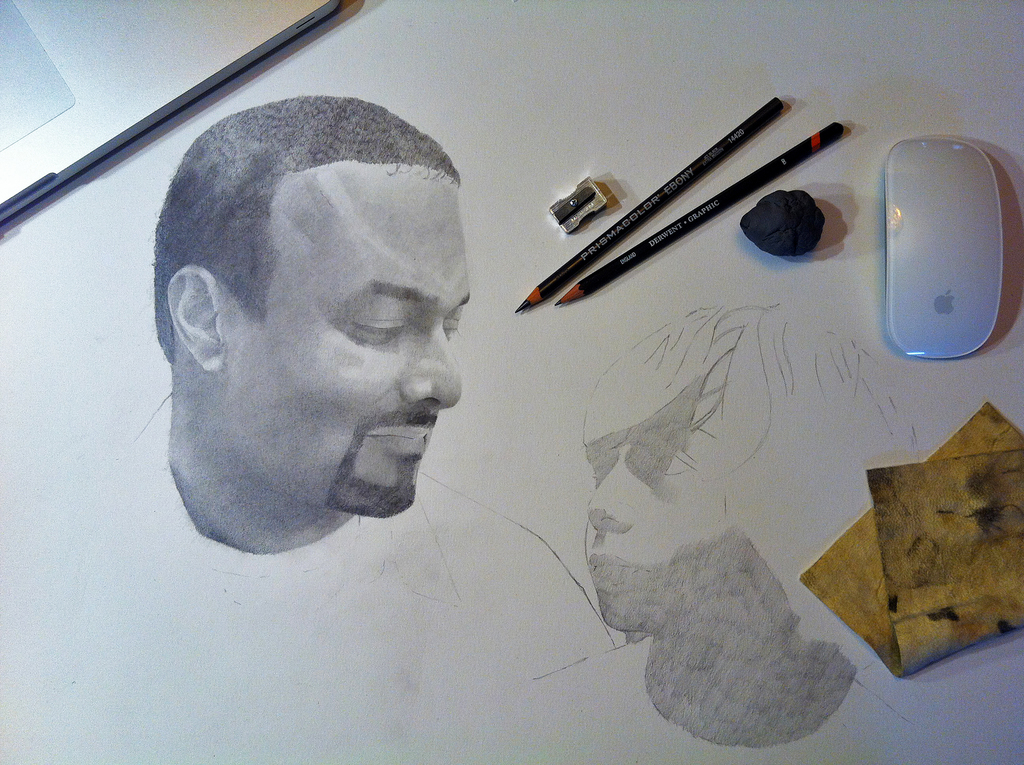 This drawing is of a different technique than the portrait of “Meghna”. Here I’ve started the drawing by first outlining the two faces. Erasers can be used but I try not to be too heavy handed with it. Then I start the layering of the different planes of the face, keeping in mind “form shadows” and “cast shadows”. Cast shadows are created when light is blocked by the object and usually have sharp edges. Form shadows are created by the undulations of the object itself and usually have soft edges. Here in this drawing, there aren’t many cast shadows, its mostly form shadows.
The hair is also a product of many layers. I try not to straight-away use the darkest black even in the darkest shadow areas as there will be some lighter areas to consider, even though they are not that much lighter. I normally use “lead holders” but in this case I didn’t have my ‘pencil box’ with me, so I started with wood cased pencils. The chamois leather cloth and kneaded eraser can also be used at this stage, if you so desire. 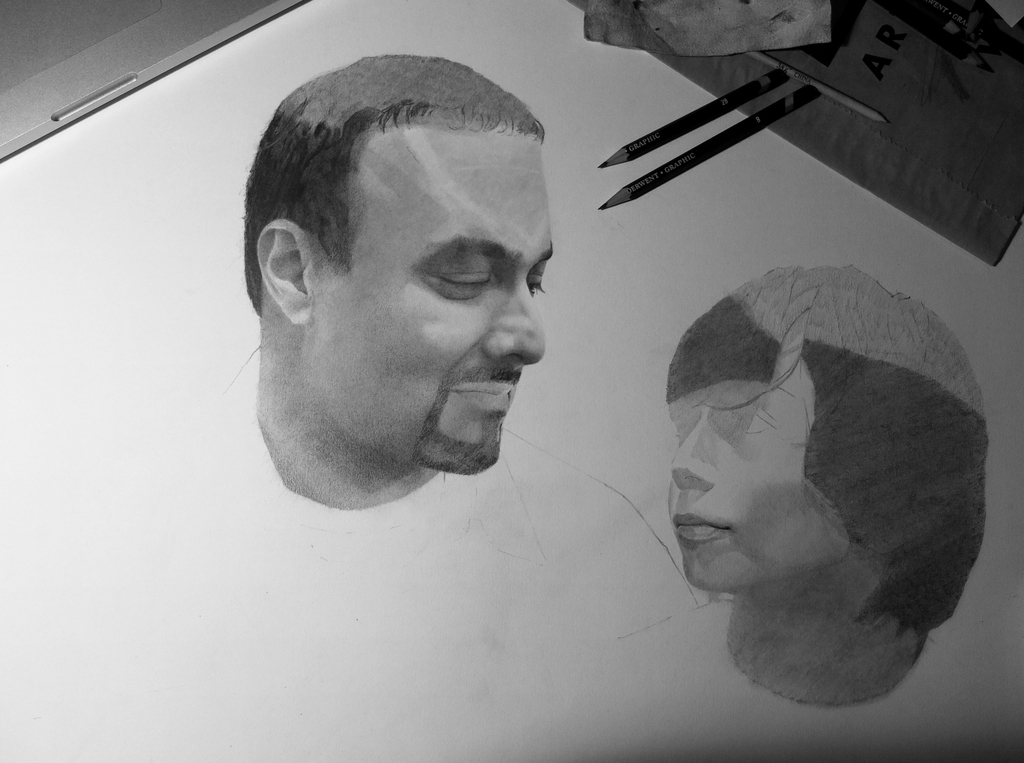 This picture shows the development of both heads but the first one on the left is in a more advanced stage than the one on the right. Normally, one is supposed to develop the entire drawing all together harmoniously but I took the liberty of proceeding further with the face on the left. The original reference photographs were a bit different. I took the liberty of bringing the two faces (father and son) closer, to show the chemistry between them that I thought was important to the overall mood. By the way, all of these pictures were taken using the iPhone, so there may be perspective distortions. Here I have worked on modeling(shading or blending) by layering first with HB, then 2B in some areas. The hair is darkened using the ebony pencil from ‘Prismacolor’. Hair on the beard is 4B. The ear had to be paid special attention to as I am particular that it shouldn’t be ignored. I have noticed that many artists tend to overlook this important part of the face (myself included!). The beginning layers for the boys face is laid down. This forms the foundation on which the subsequent layers are developed. 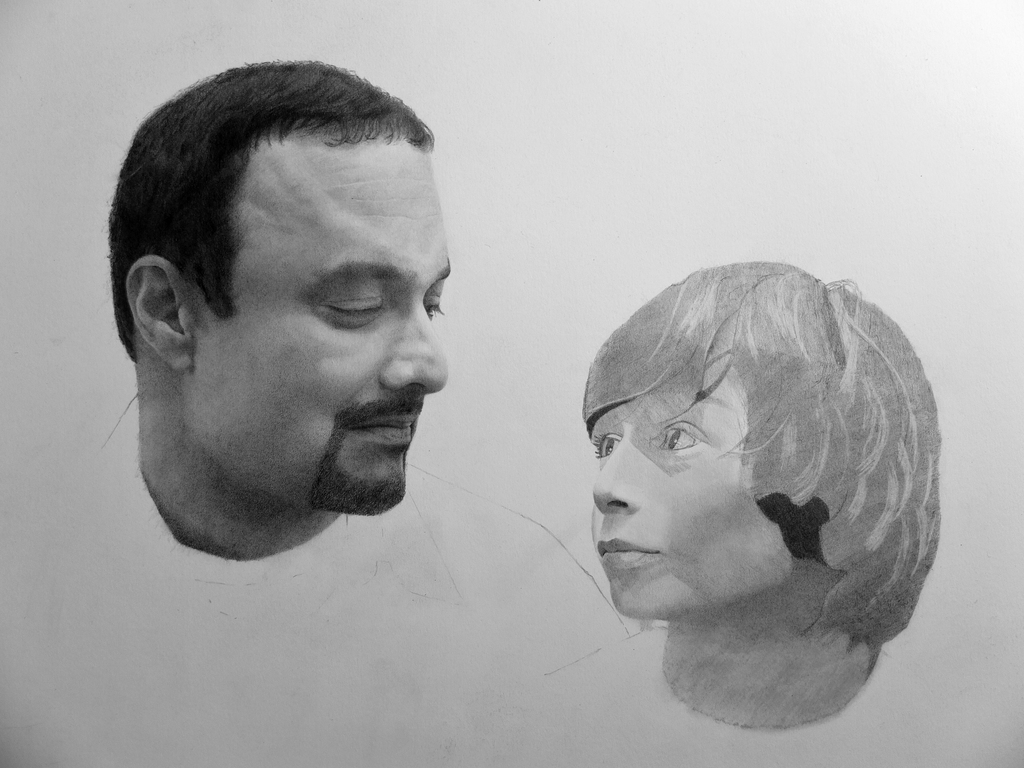 Both faces are further developed (An important thing to keep in mind: all pencils are to be kept sharpened to a fine point. I do not use the side surface of the pencil for modeling). At this stage, the face on the left is almost done but still needs some tonal changes. These changes occur when adjacent layers are brought up to par. Then it may be that some lightening needs to be done to some portion of those layers, or maybe darkening. So its all relative, as Einstein would say! :) 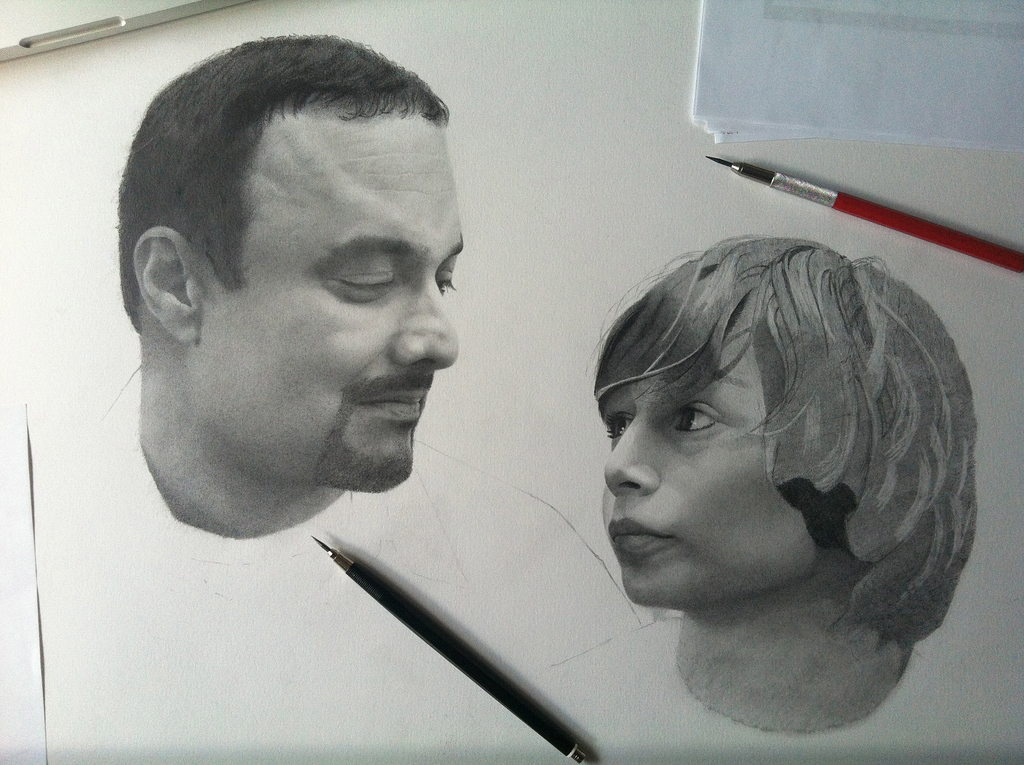 By this time I had access to my ‘lead holders’ as you can see! They can be sharpened to a fine point, consistently and without the concern of having to deal with pencil shavings. The face on the left is now being worked on its final stage, developing the various textures and shadow areas. The hair was a challenge for me, so I had to break it up into large shapes and then break it into smaller workable shapes. 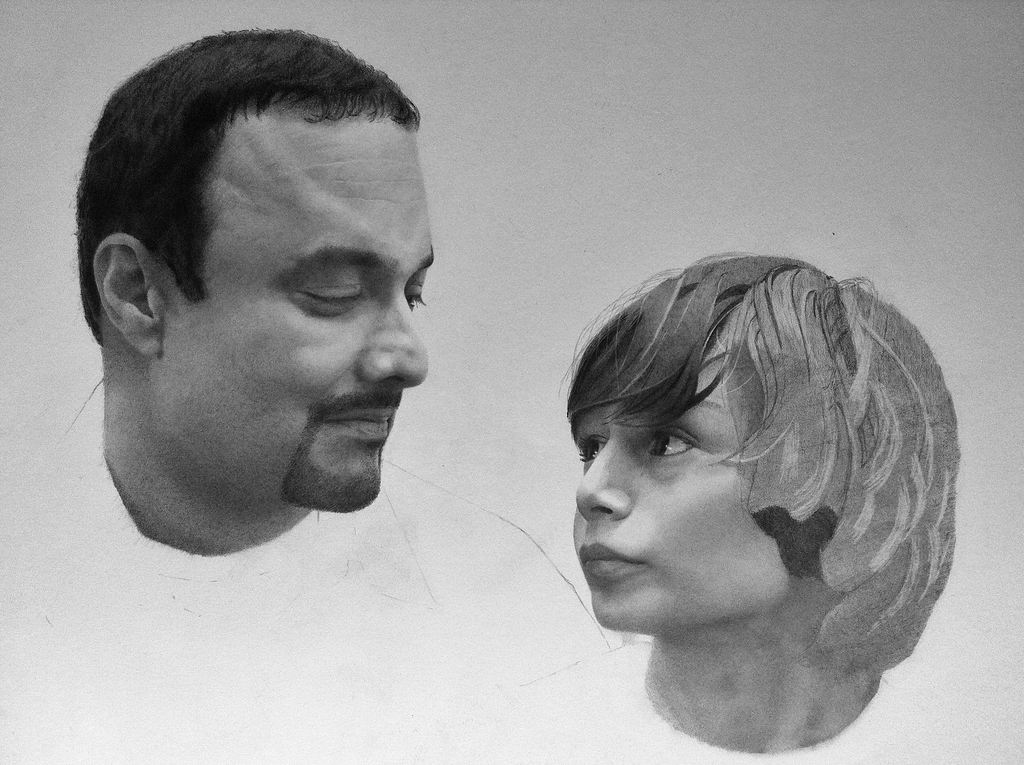 This is the penultimate stage, where all the tones are brought to par. The boy’s face was lighter in colour to that of the father’s face, so I had to go back and darken some areas on the father’s face. The initial layering on the boy’s face was done with a 2H pencil to keep it light. The hair on the boy’s face needs a very different approach than that of the other face, so it now gets all my attention. I was able to get most of the shapes more or less where I wanted them to be, so now I can work on the details. The details come last. Also, I had to keep in mind to keep the whole thing soft, without sharp edges, so that when viewed from a distance, it appears to have more depth. And I also had to go back in and change the shape of the boy’s lips. This is to be done with care because if I go wrong (as I am very likely to) the resemblance to the actual features can go wayy off! Now, ideally I would’ve liked to have worked a bit more on the shirt and tee-shirt but I just decided to leave it. Also, I decided not to give the back part of the hair more detail as I wanted the eye to travel to the front part of the boy’s hair. I was hugely relieved that the changes in the lips didn’t change the resemblance for the worse! :)

Happy drawing to everyone!

You need to be a member of Pencil Jammers to add comments!

Thanks very much Pia and Anshul! Anshul, I made an aluminum piece into a support where I rest my hand. That's how the drawing and the hand remains clean! In the event it does get dirty, there are erasers to clean that. Happy drawing!

a stunning masterpiece and a brilliant article. picked up a lot of new ideas to put to use, thanks a ton!

could you tell how do you keep your drawings so clean of finger or smudge marks in the white portion? 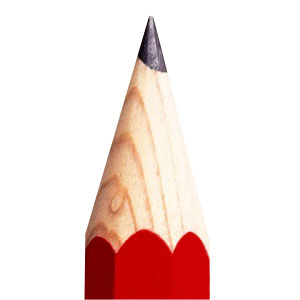 Oh wow! So helpful! Waiting for the talk tomorrow :)

Thank you Muralidharan, sure Muhammed

Admire these works a lot. Thanks Jay!

i want to be ur student

Thanks for the lovely compliments Donna!

Thanks for sharing. Looking forward to more!

I think this would be very helpful for those wishing to learn modelling techniques. Thank you Jay!