Differences between street art and advertisement

One of the main differences between art and advertisement can be driven from their primary purpose. Street art gives one a vision of a whole new imaginary world, whereas advertisement provides an individual with the thought to access and purchase the service of goods. Furthermore, advertisement targets clarity, entertaining and luring the viewer to shift loyalty portrayed towards a particular aspect. Another difference is that public art concerns itself with time. Most of the street arts may…

Forms are out and selling at Karnataka Chitrakala Parishath

Here are the Rules and Regulations:…

Karmarkar magic from the Konkan coast - studying the great sculptor

My apologies for not turning up more often. Priorities, distractions, excuses, etc...

Recently I treated myself to some wonderful magic on the Arabian Sea coast, namely, at the Sasawane village in Maharashtra's Raigad district (near Alibag). I stayed there for a fortnight, studying the amazing sculptures of the late Vinayak Pandurang Karmarkar (1891 - 1967). He had reached the pinnacle of fame during his career, even though not many will…

Ranga Featured on The Hindu today!

A very interesting story on Ranga today in The Hindu today.

I am delighted to announce that the Archaeological Survey of India has responded to our query that was filed through the RTI, and has declared very clearly that

"No permission is required to sketch within the precincts of a monument if any person is NOT using appliances such as camera-stand, stool, chair, table, large drawing board or easel"

This is indeed a victory for our campaign, since this was clearly our intent, and clarifies to us that we NEED NOT get any…

The Asian Festival of Children's Content (AFCC) is an annual festival in Singapore that celebrates and promotes the creation and appreciation of children’s books and content, with a focus on Asian themes.… Sketching on location is a movement that is getting great momentum across the globe. It aids one to spend more time with the subjects of interest, and enjoy and relish at a deeper level.

In India, there is a law that prevents sketching at several locations of interest. Many places that come under the projection of Archaeological Survey of India prohibit sketching at the historical…

Art Mart Chennai .. as it happened...

Dear friends, Our  small attempt in Chennai inspired by Bengaluru's Chitra Santhe was a great success, with wonderful participation by around 80 artists and few thousand visitors. It included demonstrations and contests for children, enthusiastically participated. From 8AM to 8PM this wonderfully sprawling park came alive with art all over.

You can find reports in the…

Dear Friends, An art mart is planned to be held on February 7th 2016 in Chennai.

Inspired by Chithra Santhe, this is a mini attempt to connect art and art lovers in a public space.

Came across this blog with some useful information on how we have been doing some things totally wrong, or with wrong methods, information, etc in this article titled - "Painting, You’re Doing It Wrong" by New American Paintings.

Published in May 16,…
Continue

Some sort of WDC Kolkata? Possible?

Please let me know if any Kolkata-based people would be interested. That's basically it.

Felix Scheinberger: Through Hamburg with a Sketch Pencil

Here is a series of sketches, call them Urban sketching if you will, by Felix Scheinberger.

Please bear with my initial self-introduction. It is just a preamble:

I am an electronics Engineer by training. I have been a professional in that field with decent success.

I have been practicing the visual arts, drawing, sketching, watercolors and photography for several years now. I have been…

EARNINGS FROM ART AND ITS TAX IMPLICATION

Somebody, an artist or a gallery owner, asked me recently about taxes pertaining to art works, artists and art galleries. And it dawned upon me that its such a fuzzy topic in the minds of people of our community. Although I am not an authority on  tax related matters, I stand in this interesting position of a person who has studied finance and is trying to establish himself as an artist. So here I am, trying to keep… Ordinary comics, and their humble paneled imitations is a thing of the past. The new way of drawing comics is to break those boxy barriers and unleash the story with a specatualar bang — it's a…

A concept oriented workshop on "Light and Shade" is going to be conducted from 10th to 14th June 2015.in Bangalore.
An eminent Kerala based artist Shri. Eby N. Joseph who has conducted single 45 solo shows across India has come forward to take this unique workshop. The venue for the workshop is "Gandhi Bhavan" near Chitrakala Parishath, Bengaluru.

Only, twenty-five participants are eligible to join for this workshop and… 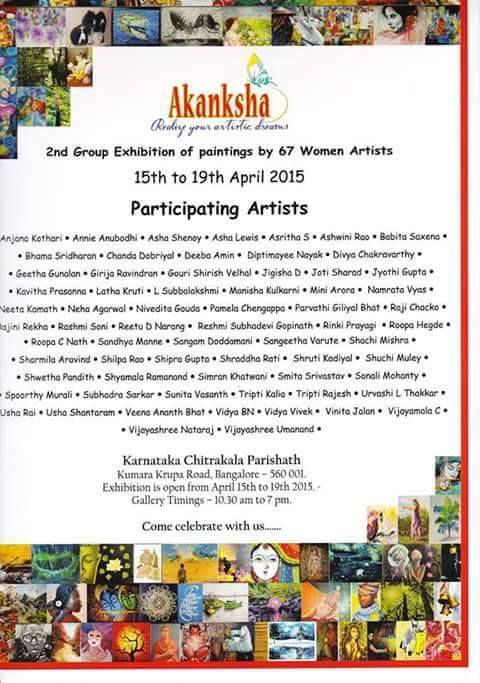 Please make it convenient to visit our Show! 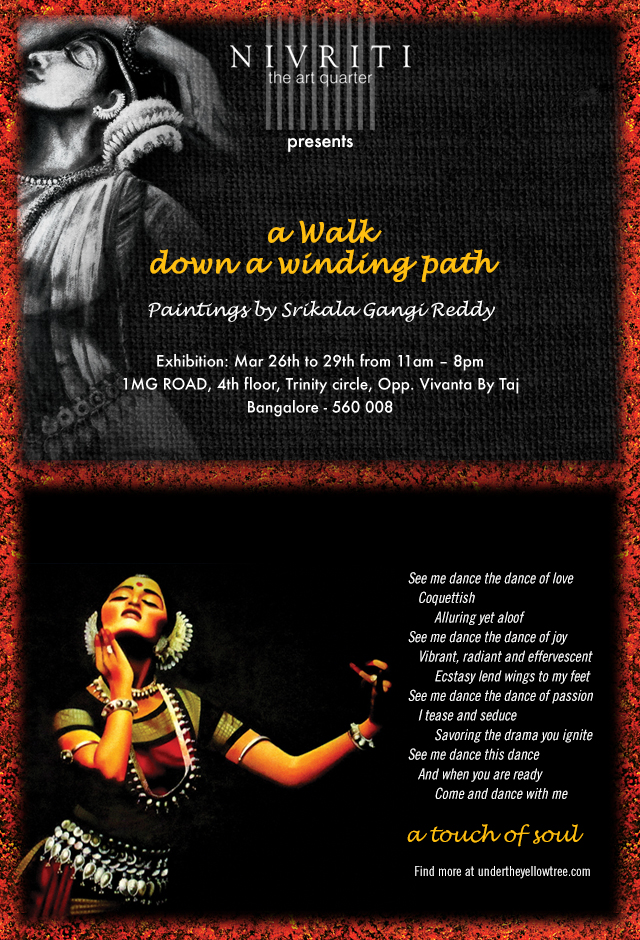 A long time project and the brain child of Sandeep Marwah to launch Asian School of Arts will see its grand opening during 3rd Global Festival of Journalism Noida 2015 informed Dr. A.K.Srivastava Director Asian School of Media Studies
Representatives of more than 25 countries of the World will see the launching of Asian School of Arts. Special undergraduate and master courses along with postgraduate diploma courses have been planned for the coming academic year.
“We inaugurated…

Looking for Digital Caricature Artist at Chennai for Designing an Invite

Hope you are doing fine. One of my friends is looking for a digital caricature artist who can help in designing an invite for marriage... This output can be / will be used both for electronic and print media.